Kenny Flowers Behind the Scenes in Colombia

Continuing the documentary-style video for Kenny Flowers, we take the shooting process across the nation, in the beautiful country of Colombia. We came to as a production team including DOP, director, producer, 1st camera assistant, and a production assistant.

We plan to shoot for 3 days in Medellin, Colombia, where Kenny Flowers clothing brand production takes place. In the city of vibrant colors and the center of the textile industry. 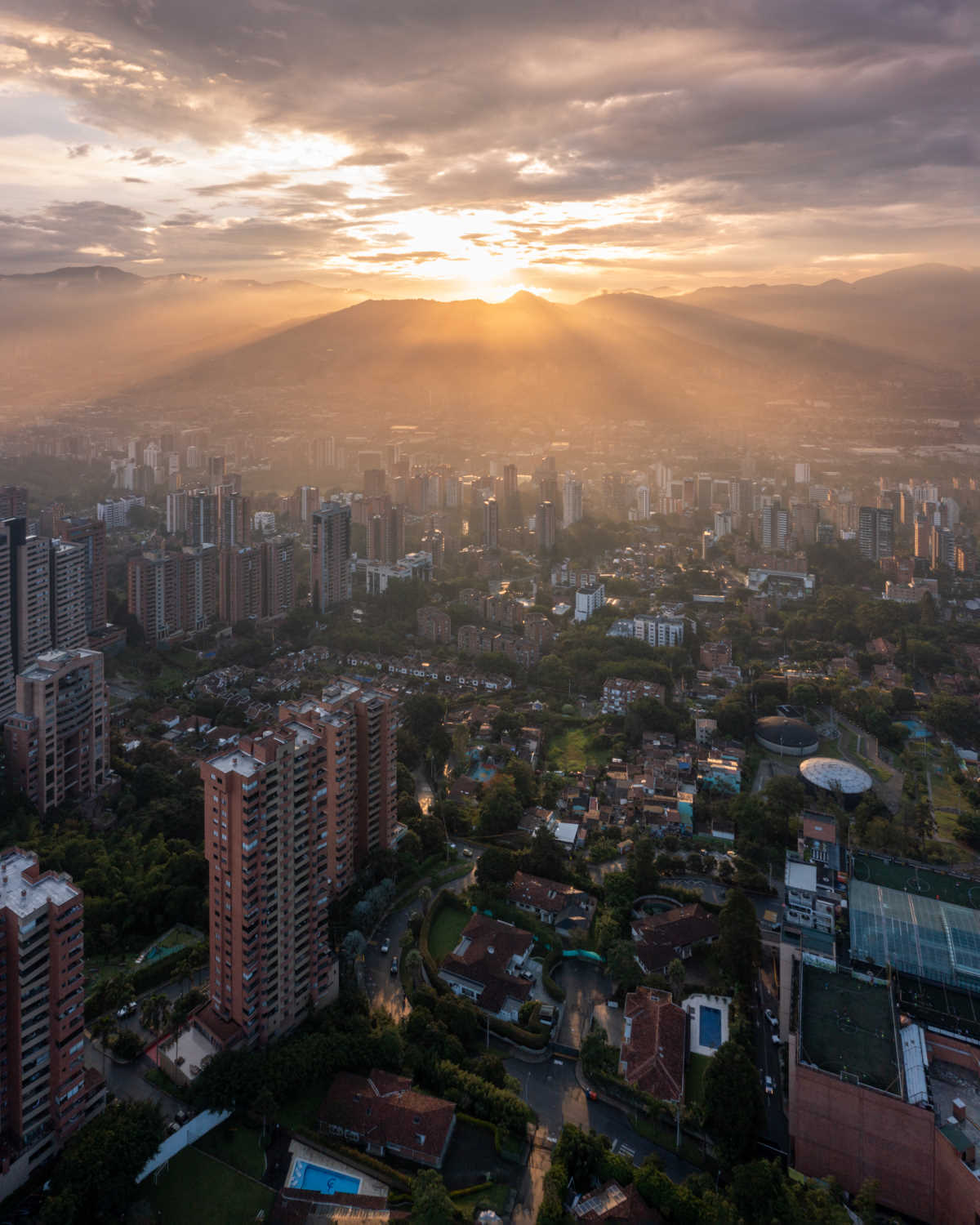 After two weeks of preparation with Kenny and Christina, the owners of Kenny flowers, we were set to create documentary-style videos that tell a compelling story to showcase how Kenny Flowers entire production manufacture has an impact on the community and the people behind the brand.

The idea of this creative film documentary-style videos is to show their company culture, the hard work and kindness of the people behind Kenny Flowers including the owners, the workers, the factory manager, the quality control people, and the designer, all that make Kenny Flower an ethical Hawaiian style clothing company we know today.

On the first day of shooting in Colombia, we decided to start filming with Caroline, the watercolor designer for Kenny Flowers. It took place at Comuna 13, where we filmed Caroline brainstorming the design for Kenny Flowers pattern, walking around the city, and taking in the beautiful surroundings. We managed to capture the lively city environment for aerial shots, later added in the documentary-style videos.

By the time we finished shooting an interview with Caroline, we headed to shoot at the factory where Kenny Flowers products are produced, which is based in Medellin. We held the same interview with the owner, manager, and workers of the factory.

The factory is run by the owners, Margarita, and her two daughters, Caroline and younger Margarita. They are very passionate about producing the top-notch best qualities of clothing for Kenny Flowers, when they started there were only 15-20 workers, as the factory grows now there are over 50 tailors working with them.

We filmed interviews with two of the tailors working at the factory, Sandra and Marlin, in which they told their stories from when they started producing Kenny Flowers swimwear and feminine wear (KF female clothing) and how it has changed their life, to be able to make a living and help their family. 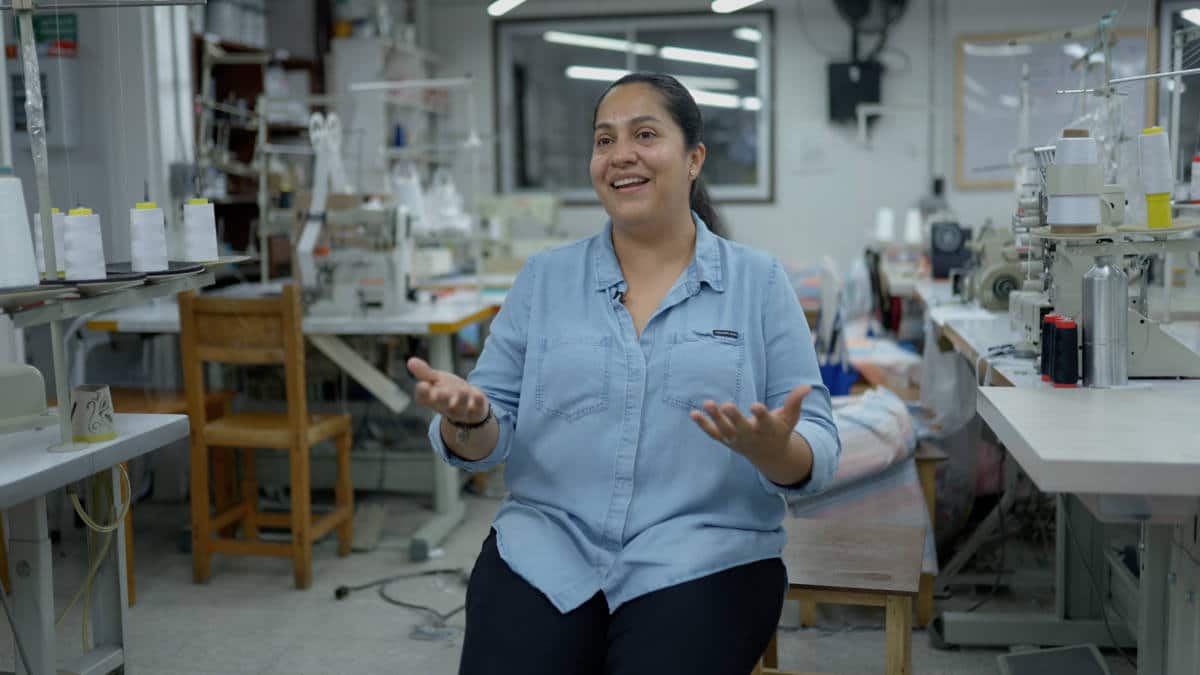 “Overall, the factory environment is so cheerful, the workers all seem to work happily and it resonates with Kenny Flowers’s slogan, “every day is a vacation”, even doing work doesn’t feel like work because they enjoy the process and is passionate about the work.“ – Jan Trnka, Director 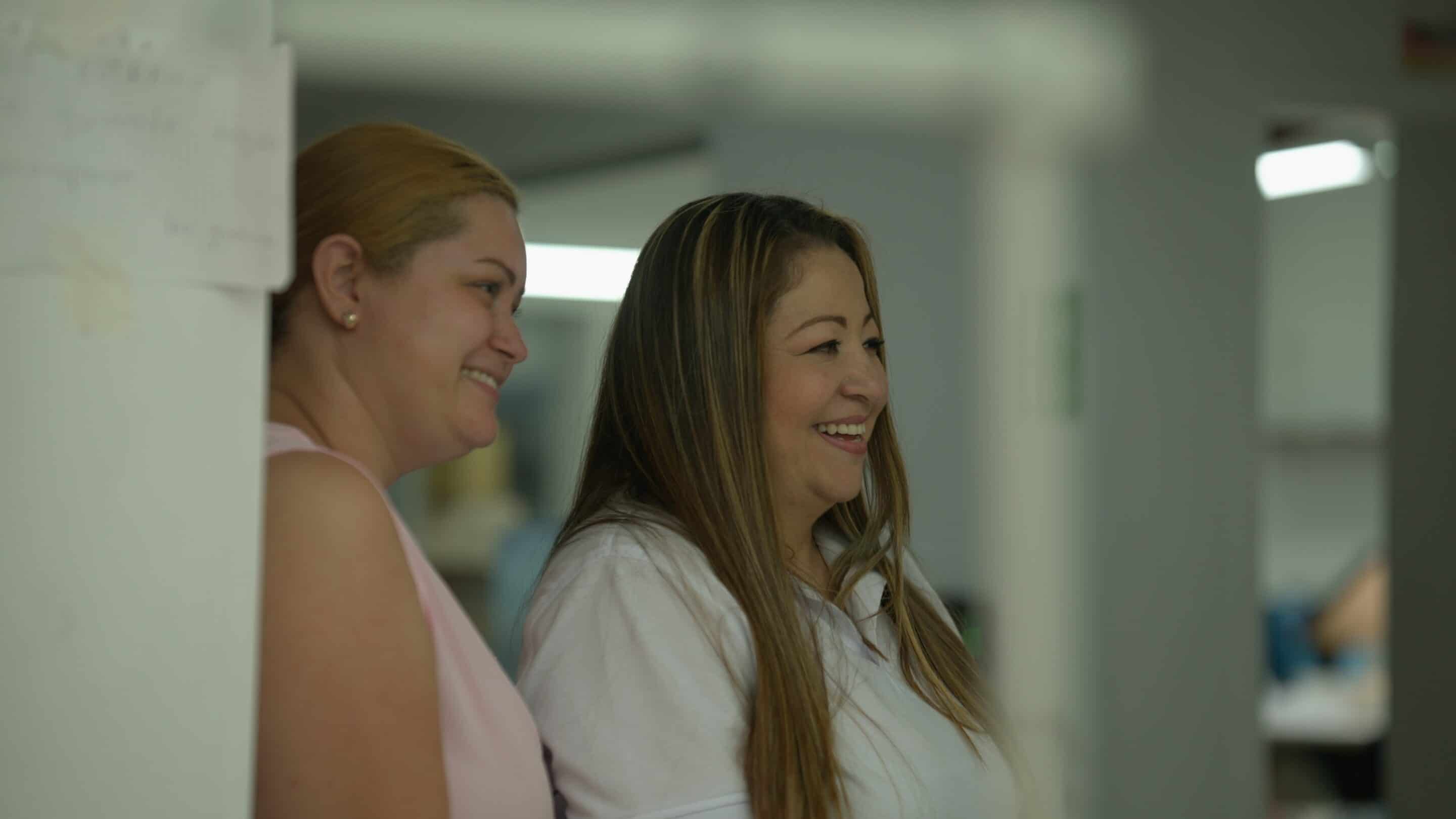 On the second day of shooting, we were back at the factory to continue where we left off the previous day. The day started at 7 AM when we filmed another interview with one of the workers named Wilson, the pattern guy.

He is in charge of the quality control for patterns printed on the fabric of Kenny Flowers clothing. We shoot the interview with Wilson to share his side of the story, from meeting Kenny and Christina for the first time and his stories of working with the brand.

The rest of the day was dedicated to shooting footage of the factory environment and some of the production actions showcasing how Kenny Flowers clothing is made. From Wilson creating the placement for the patterns, placement of the motive design, Carolina and Christina choosing the perfect color combination as part of the design process, the printing process, sewing, quality check, and the packing process.

We also managed to shoot more b rolls to capture the warm and joyful ambiance that the factory has. 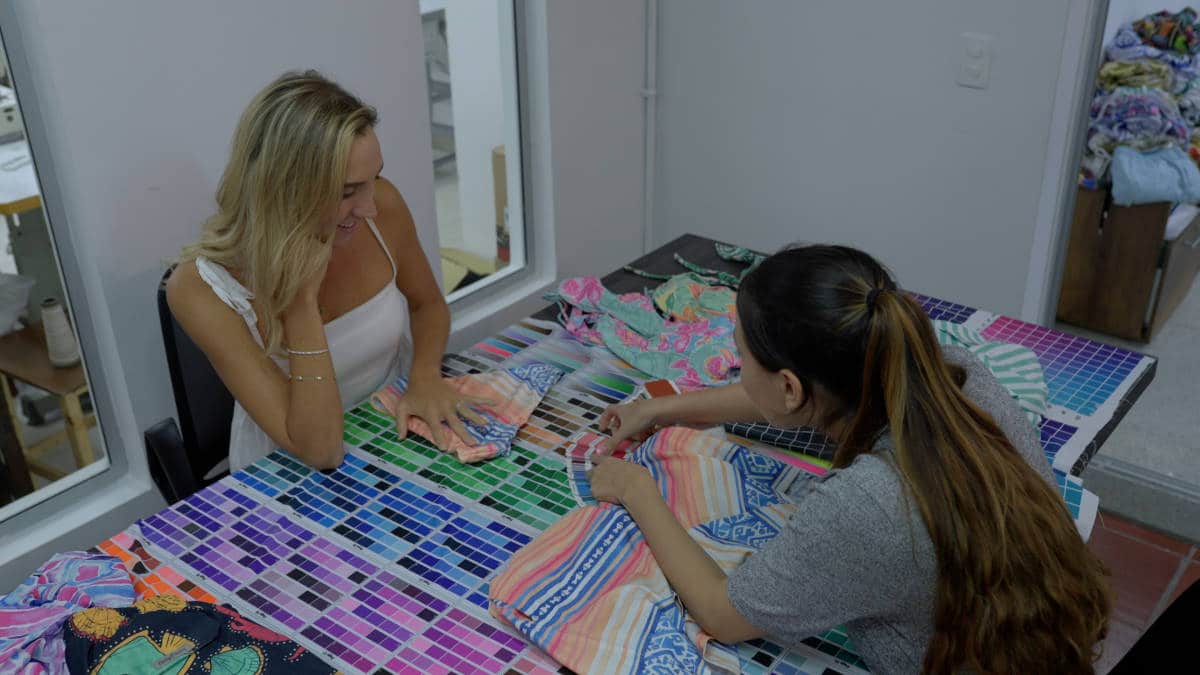 Day 3. The Colorful City of Medellin

Day number 3, the final shooting day in Colombia. It started at 7 AM, with Colombia’s sunshine greeting us, ready for the day. The final shoot was located in Pueblito Paisa, one of the well-known tourists attractions in Medellin. It is a small town Paisa, a town square that offers a striking view of the whole city from on top of a hill, which makes this the perfect shooting location on our last day.

Our team took advantage of Pueblito Paisa’s vibrant colored buildings and surroundings to capture Meddelin city characteristic essence, its rich colors all across the city, which also reflects Kenny Flowers’s clothing pattern and fabric. That day, we filmed a couple of lifestyle shots with Christina wearing the Kenny Flower lemon dress against a matching yellow door in one of the buildings in Pueblito Paisa. 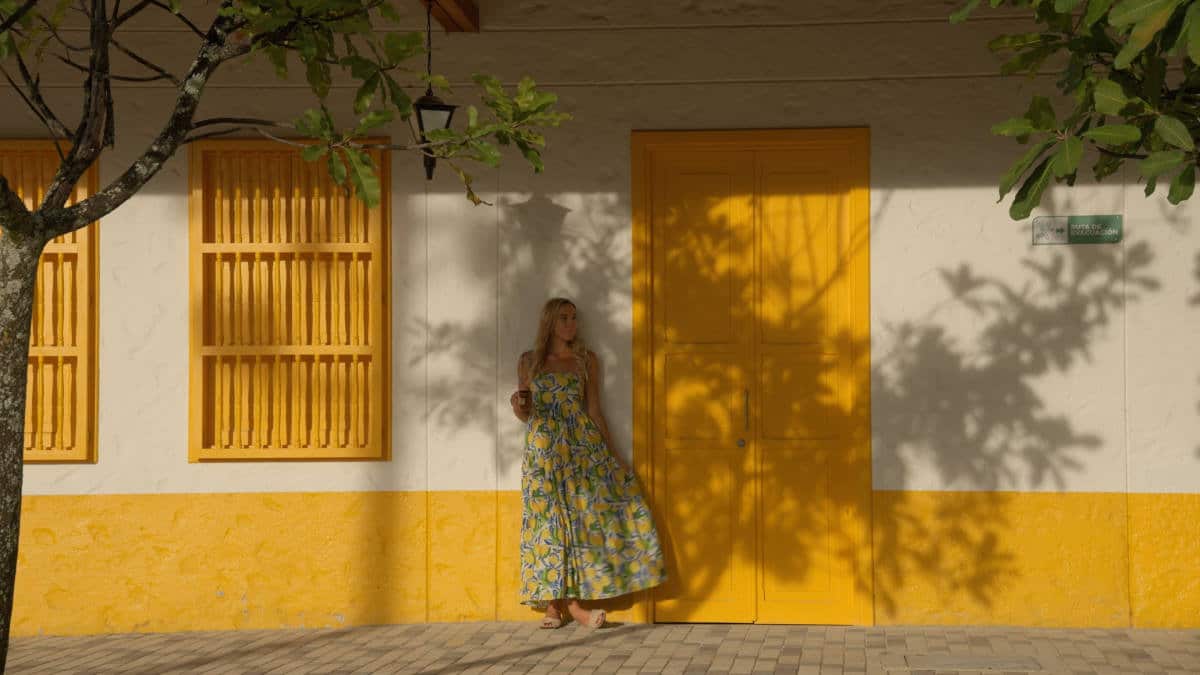 At 12.00 mid-day, we moved on to our second location in Pergamino Cafe to shoot more b-rolls of Kenny’s daily routine in Medellin. We filmed Kenny walking down the streets of Medellin, working on his laptop in a coffee shop, enjoying the great view of the vibrant city as if it’s an all-year-round vacation in Colombia.

Using a drone to shoot these scenes, we managed to capture and tell the story of how Colombia is the quintessential place for Kenny Flowers production because of the city’s happy jolly atmosphere, which always makes you feel like you’re on vacation. 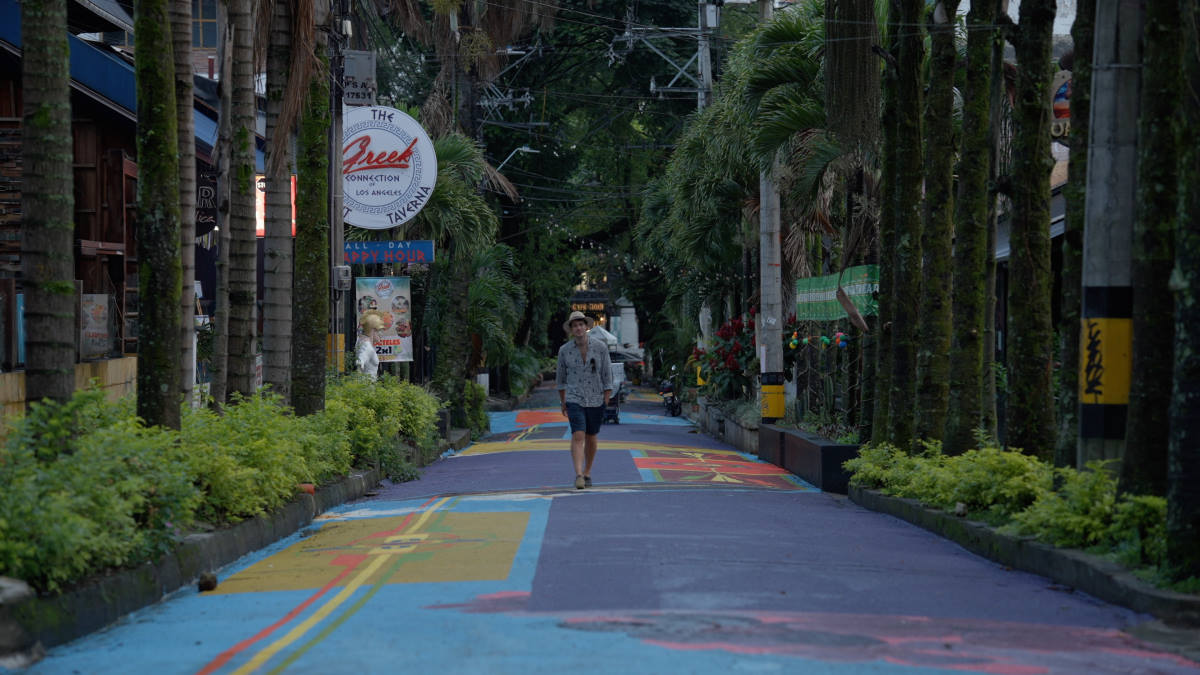 That was a wrap for the last day of shooting.

The following steps are post-production where we edited the videos, adjusted background music, added voiceovers and subtitles for the interviews, did sound mix & master, video transcription, did color grading, online picture edit & final assembly, also post supervision, which are extra steps to include in the post-production for a creative documentary film like this. We also edited some short clips from the shootings to create TikTok videos.

Finally, after more than four weeks in the making, we finished this behind-the-scenes series in Colombia, delivering another two additional videos to the series, and two TikTok videos. Here is the result.

Kenny Flower is not just a fashion line but a brand with strong values in mind to build business for the community. 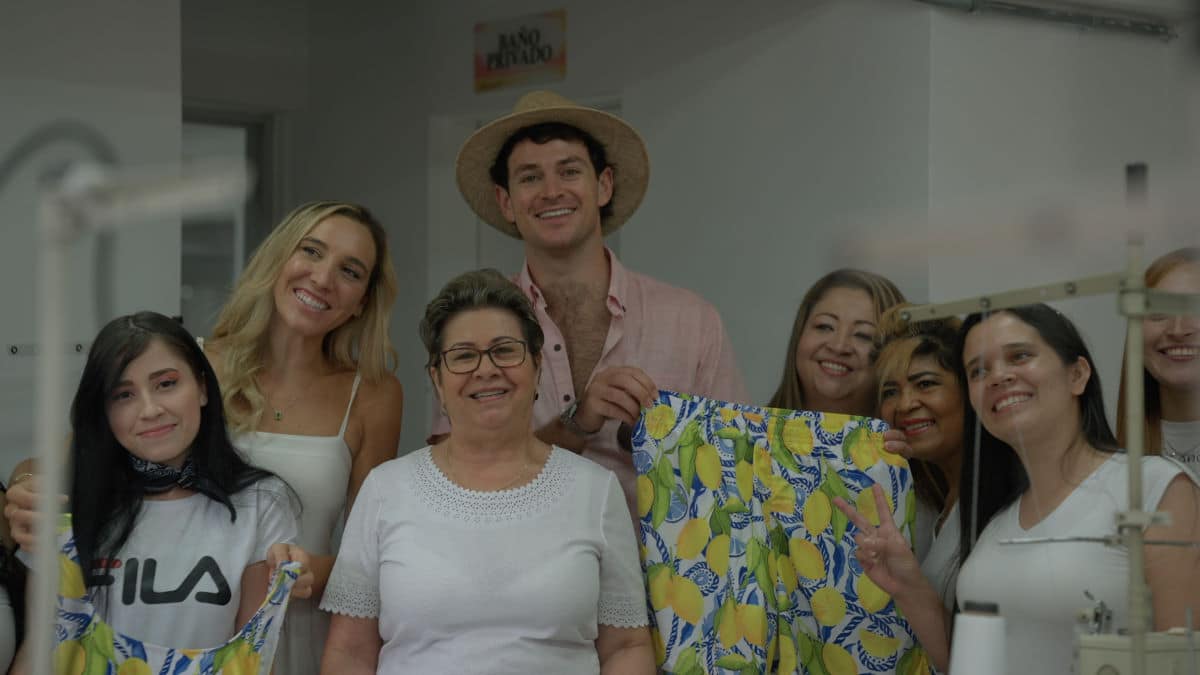 Watch the final result of our documentary down below!

Behind The Brand | Kenny Flowers | Pt. 4: Welcome to Colombia

Behind The Brand | Kenny Flowers | Pt. 5: Handmade With Amor 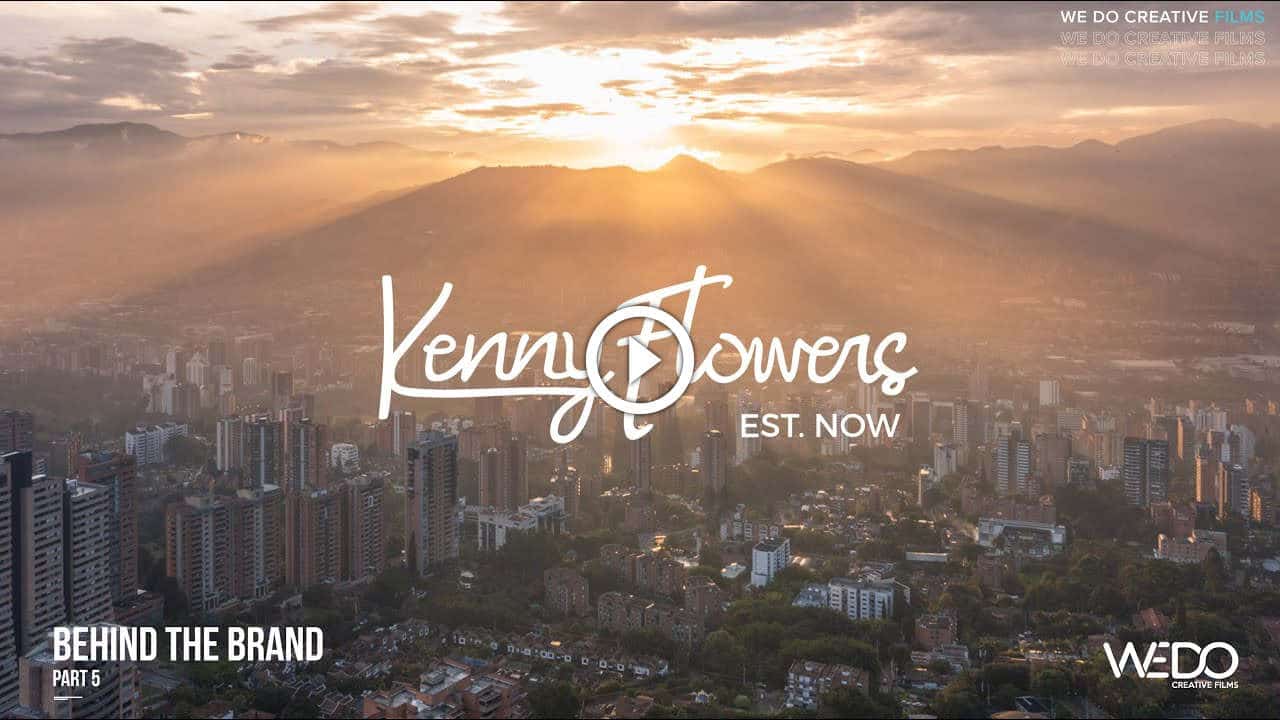 Do you wish to create a documentary film for your brand too? Contact us and get a free quote now!

How much does it cost 1 minute video?

5 Reasons Why You Should Hire a Video Production Agency

Stronger Hero 4 – Behind The Scenes

Everything to Choose The Right Video Production Company

Bali is Open Back Again!

Good news for all travelers and content creators! Bali is now finally open back again. Since February 4th, Bali’s international airport has officially been re-opened to the public.  This is a step that's been done by the Indonesian government, in hopes to revitalize...
Read More

Content is king, they said. Video content becomes such an important aspect in this digital age, whether you’re starting a business, creating a new brand, or even for personal purposes on your social media. But what makes your video content so good and stand out from...
Read More

Kenny Flowers – Behind the Scenes

We accept challenges. We work to deadlines. We thrive under pressure. We do creative films.   If you’re a video editor or business owner, you know how long media production can take, with months of planning, producing, putting it into action, filming and...
Read More

Pulo Cinta, The Island Of Love

In the depths of the Tomini Gulf, paradise can be found. An exquisite, barely-there island that is home to the idyllic resort of Pulo Cinta, the ‘Island of Love’. This hidden eco-resort is located off the coast of Gorontalo and it’s just no wonder that it has been...
Read More

The most beautiful places to film in Bali

When we say “Bali” What comes first in your mind? Beautiful sandy beaches, luxury villas with infinity pool, magnificent waterfalls, tropical jungle, green lush rice paddies, beautiful sunsets, and volcanos. There is no wonder that Bali attracts up to 6.3 million...
Read More 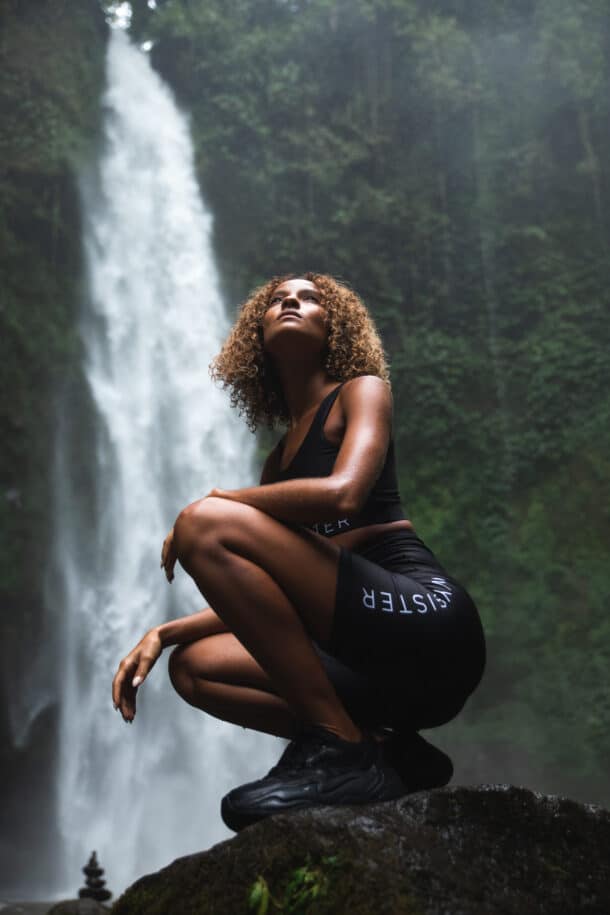 10% OFF for Your First Project!

We have something special for you! Subscribe now and get 10% off for your first project.

And there's more! Subscribe now and you'll get access to our FREE location map showing our inside tips on Bali’s best locations to shoot!